Posted at 15:53h in Banking & Finance, Loans by dianalewis

While local businesses will often seek to raise financing within our shores, certain regional or multinational borrower groups as well as borrowers in the oil and gas sector may find it necessary, from time to time, to raise financing from an offshore lender. If a Trinidad company with subsidiaries in Barbados and Jamaica (collectively the ‘Security Parties’), obtains financing from a US bank, the transaction will be a cross-border loan.  Before entering into such a transaction, it would be wise to examine of the laws of the jurisdictions whose borders will be crossed and the manner in which those laws work together.

In this Article, we will consider some key legal and practical considerations in concluding a secured cross border loan. Assuming a typical loan structure, the Trinidad Borrower will need to consider: (1) each Security Party’s ability to enter into the transaction and grant security for the financing; (2) the likely costs associated with a cross-border transaction and how the structure of the financing might impact those costs and (3) the terms on which such security will be granted.

Each Security Party will need to review its incorporation documents, by-laws and any applicable shareholder agreement (e.g. in respect of joint venture companies or subsidiaries that are not wholly owned by the Trinidad Borrower) to confirm that it has the capacity to enter into the relevant proposed obligations.

Similarly, each Security Party will need to rule out any contractual restriction contained in any existing contract to which it is a party or to which it may be subject which might restrict its incurrence of indebtedness or its ability to grant any security.

A Trinidad Borrower contemplating or preparing to enter into a financing transaction to be supported by security provided by other members of the Borrower group would be well advised to compile a list of all proposed Security Parties and applying a jurisdictional analysis to anticipate hurdles to be overcome by each such entity prior to entering into any binding commitment for a proposed borrowing.   This early analysis would aid in the negotiation of the term sheet with the arranger or lenders.  The Trinidad Borrower would be well advised to seek to exclude any subsidiaries or affiliates that would be challenged in providing security or any jurisdiction whose rules would render the giving of security impractical or uneconomical.

In determining the structure and the security package of the transaction, it is likely that the arranger and lender will wish to ensure that they have first ranking security over all assets of the Trinidad Borrower group.  Meanwhile, in addition to the Trinidad Borrower ensuring that the security can be easily granted and that the grant of such security will not have a detrimental impact on its ability to carry on its business, it will also be focussed on reducing the costs of the financing insofar as possible.

The Trinidad Borrower is typically liable for most (if not all) of the costs of the financing, including but not limited to the cost of both the lenders’ and borrower’s counsel, the fees payable to the administrative and paying agent and the cost of perfecting the financing and security documents.  One of the highest costs in perfecting the security will often be the stamp duty payable in each participating jurisdiction.  As a result, understanding the impact on the costs of a transaction that the following factors may have is critical: (a) the choice of governing law of the primary financing documents; (b) the location of the lenders or the agent(s); and (c) the make-up and requirements relating to the security package.

As a result of the hurdles which can arise in cross-border financing transactions caused by varying requirements in the multiple jurisdictions involved, it is becoming common for the primary borrower and the arranger or lead lender to agree at an early stage the security principles applicable to the transaction at an early stage.

Such principles seek to establish the approach of the parties towards determining the make-up of the security package.  Accordingly, the parties seek to agree the overarching requirements applicable in relation to the nature of the security to be granted and the requirements as to perfection, stamping and priority of such security.  Once the security principles have been agreed, it is up to the lender and the Trinidad Borrower group’s local counsel in each relevant jurisdiction to prepare and settle the forms of the security instruments based on and in accordance with the principles.  Taking account of any foreseeable hurdles in a particular jurisdiction at an early stage such that the agreed security principles address any such issues is accordingly critical for a Trinidad Borrower.

While the foregoing highlights some of the key points to consider when negotiating and entering into a cross-border secured financing transaction, just as each jurisdiction will need to be considered on its own, it is likely that, each transaction will have its own nuances.  Any Trinidad Borrower or borrower group that intends to seek financing from offshore lenders should consider the additional costs likely to be incurred in relation to such a transaction, along with the additional complications of negotiating a security package comprised of assets in multiple jurisdictions.

Look out for our next issue of the Forum in which we highlight considerations to be taken into account by an offshore lender considering lending to or taking security from a Trinidad and Tobago incorporated company. 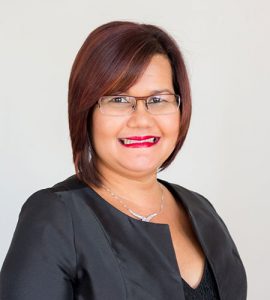 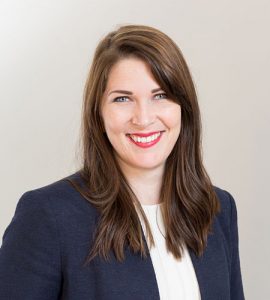