05 Dec Whose Employee Is It?

Liability Under a “Labour Only” Contract

Engaging the services of third party labour contractors to supply labour for the operations of a business is not uncommon, particularly in the oil and gas industry. The business or ‘client’ often assumes that such contractors are the ‘employers’ in those scenarios and therefore that those contractors would be responsible for any employment related liabilities that might arise. Unfortunately, such an assumption can prove costly.

Workers employed through labour contractors maybe classified for legal purposes in varying contexts and before different regulatory bodies, which may not necessarily classify the workers in the same way. For example, it is possible for workers to be considered the contractor’s employees for payroll or income tax purposes, but the client’s employees for health and safety or other purposes. In this Article, we focused on classification under the Industrial Relations Act, which governs among other things, union recognition, unfair dismissal claims and entitlement to severance.

“…where a person engages the services of a worker for the purpose of providing those services to another, then, such other person shall be deemed to be the employer of the worker under a labour only contract.”

Section 2(4)(b) came under judicial scrutiny in the 2017 case of Steelworkers Union of Trinidad and Tobago v Caribbean Ispat Limited. In that case, the client had engaged two contractors to supply some of the labour for its operations. These workers worked alongside the client’s own employees, performing the same functions. The client was unionised, and the union applied to the Industrial Court for a declaration that the client was the employer of these workers, and that the terms of the collective agreement should apply to them. The Industrial Court found that the workers were employed by the contractors for the purpose of providing services to the client. The client was accordingly deemed to be the employer of these workers under Section 2(4)(b). This meant that these workers were entitled to be paid in accordance with the terms of the collective agreement and were therefore entitled to a significant ‘backpay’, reportedly as high as TT$1.5 billion dollars. The Industrial Court’s judgment was upheld by both the Court of Appeal and the Privy Council.

The Industrial Court has also applied Section 2(4)(b) in unfair dismissal claims. In Banking and Insurance and General Workers Union v Trinity Exploration and Production Limited, the client engaged a contractor to supply it with personnel, including Mr. Gopaul. Mr. Gopaul’s employment was terminated and he brought a claim for unfair dismissal against the client. The client argued that it was not his employer, and that Mr. Gopaul ought to have sued the contractor. The Court took the view that Mr. Gopaul was employed under a ‘labour only’ contract for the purpose of providing services to the client, and that the client was therefore  his employer under Section 2(4)(b). This was despite the fact that the worker had a written employment contract with the contractor (and not the client) and that the contractor had a number of obligations (including the provision of PPE) that were typically performed by employers.

It is important to note that the Court did not address the traditional criteria for ascertaining whether an employment relationship exists – control, supervision, payment etc. – in any significant way. Instead, the Court adopted a strict and literal approach to the interpretation of Section 2(4)(b), focussing its attention on the narrow issue of whether the workers were employed by the contractor for the purpose of providing their services to the client. It remains to be seen how the Court will approach cases in which contractors are engaged to provide specific services, e.g. maintenance or IT, and not merely labour or personnel. In any event, businesses should be careful not to assume that third party contractors automatically bear all responsibility for employment related claims and to be mindful of the potential traps and pitfalls of such arrangements. 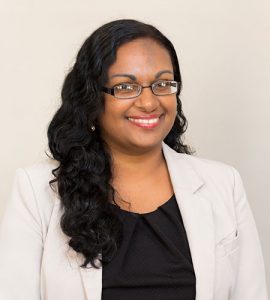