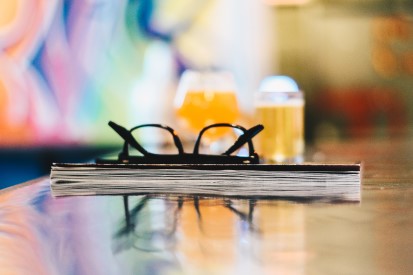 Much has been made in recent times about appointments of directors, resignations of directors and changes to various boards. A director, in relation to a Company, can be an individual or a body corporate and includes a person occupying the position of a director by whatever title he is called.

What then are the duties of a director?

The Companies Act Ch 81:01 dictates that in discharging his fiduciary duties every director must act honestly and in good faith with a view to the best interest of the Company.

That duty must be exercised with the diligence and skill that a reasonably prudent person would exercise in comparable circumstances. As such, a director doing something which he is entitled to do but doing it without being prudent, diligent or without exercising appropriate skill could very well constitute a breach of duty for a job not well done.

In determining what are the best interests of a Company, a director must have regard to both the interests of the employees in general and to the interests of its shareholders. A director must also ensure compliance with the Company’s Articles of Incorporation, Bye-Laws and any unanimous shareholders agreement (which may in whole or part restrict the powers of the directors to manage the business and affairs of the Company), save that no provision in a contract, Articles of the company, Bye-Laws or any resolution relieves a director from his/ her duty to act in accordance with the legislation.

Moreover, a director who was not present at a meeting at which a resolution was adopted, or action taken is also presumed to have consented thereto unless within 21 days after he becomes aware of the resolution, he causes a dissent to be placed in the minutes of the meeting or sends his dissent by registered mail or delivers it to the registered office of the Company.

The duties of a director include (subject to the Articles or Bye-Laws or any unanimous shareholders agreement) fixing the remuneration of the officers and employees of the company and requires directors to call an annual meeting of shareholders not later than 18 months after the company comes into existence and subsequently not later than 15 months after holding the last preceding annual meeting.

Subject to the Articles and any unanimous shareholders agreement, a director must exercise the powers of the Company directly or indirectly through its employees and direct the management of the business and affairs of the Company.

What then can a Director do to protect his position?

First and foremost, he must at all times act honestly and in good faith in the best interest of the Company with prudence and reasonable skill. This specifically includes disclosing the nature and extent of any interest he has, directly or indirectly, in any material contracts with the Company and, subject to exceptions, not forming part of a quorum or voting on any resolution to approve such a contract.

In discharging his duty, a director may seek an indemnity from the Company to provide protection in respect of costs, charges and expenses including any amount paid to settle an action brought or to satisfy a judgement in any civil action in which he is made a party by reason of the fact of his directorship.  Likewise, in respect of a criminal or administrative action or proceedings that are enforced by a monetary penalty in circumstances where a director had reasonable grounds for believing his conduct was lawful, a Company providing such an indemnity will only offer protection in circumstances where a director acted honestly and in good faith with a view to the best interest of the Company.

A director may also seek insurance cover for protection in circumstances where he acted in good faith where an indemnity may not provide cover, for example where a Company that has given an indemnity is insolvent and, irrespective of the indemnity, may not be in a position to indemnify the director.

In approving the financial statements of a Company, a director should ensure that the financial statements are represented by an officer of the company or a report of an Attorney at Law, Accountant, Engineer, appraiser or other person whose profession lends credibility to the statement made to him so as to provide a layer of protection in respect of an approval made in good faith.

A director of a Company ceases to hold office when he dies, resigns, is removed or is disqualified. The resignation becomes effective at the time that a written resignation is served on the Company or at the time specified in the resignation. The shareholders of a Company may also remove any director from office by ordinary resolution at a special meeting, or where a director is elected for a term exceeding one year and is not up for re-election, remove such a director by ordinary resolution at an annual meeting.

Any director who resigns may, if he wishes, submit to the company a written statement giving the reasons for his resignation or the reasons he opposes any proposed action or resolution.

This Article was authored by Debra Thompson, Partner at M. Hamel-Smith & Co. She can be reached at debra@trinidadlaw.com.