FAIR COMPETITION IS COMING BUT WILL IT EVER REACH? 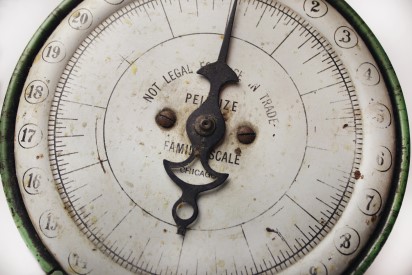 10 Dec FAIR COMPETITION IS COMING BUT WILL IT EVER REACH?

When an earlier version of this Article was first published in March 2017, it was stated then that “(W)ord on the ground is that the remaining unproclaimed (and the most substantive) part of the Fair Trading Act (…the FTA or the Act) is expected to be proclaimed shortly, bringing the Act fully into force in the very near future.”  Fast forward more than two years later and there has been no change to the status of the legislation.  Recently, further word was that the remaining operative provisions would have been proclaimed before the end of the July 2019 Parliamentary session but that it is now expected to be pushed back to the session commencing in September of this year.  In the meantime, the Office of the Fair Trading Commission has been hosting or participating in a number of educational sessions to prepare businesses and others that may be impacted by the legislation when it eventually takes effect.  This Article offers an insight into some of the impacts of the “soon-to-be-proclaimed” anti-competition measures provided for in the FTA, including those that, among other things, regulate prospective acquisitions of companies or their assets, joint ventures, and mergers.

Way back in 2007, Parts IV, V and VI of the FTA were proclaimed to: (1) facilitate the appointment of Commissioners of the Fair Trading Commission (the Commission), the Executive Director and other key staff members; and (2) provide for the funding of the Commission.  Some seven (7) years later in 2014, Part II of the FTA was proclaimed establishing the Commission and outlining its powers and functions. Thus far, these are the only provisions of the FTA that are in force. When the remaining Parts, including in particular Part III, of the FTA are brought into force, specified anti-competitive activities will be considered offences which can attract sanctions if contravened.

An enterprise has monopoly power in a market if by itself, or together with an interconnected body corporate (parent company or subsidiary of the enterprise or a sister company of the enterprise sharing the same parent company), it occupies such a position of economic strength as will enable it to operate in the market without effective constraints from its current competitors and/or potential competitors. An enterprise which has monopoly power abuses that power if it impedes the maintenance or development of effective competition in a particular market.

Where the Commission has reason to believe that an enterprise (which controls 40% or more of the market share) has abused or is abusing monopoly market power, the Commission will issue a notice to the enterprise and investigate the matter.  If the enterprise fails to comply with a request from the Commission to cease the abusive practice, the Commission may apply to the High Court for sanctions including, but not limited to, an asset divestment order or an order restricting share transfers.

The FTA defines a merger as the cessation of two or more enterprises from being distinct whether by purchase or lease of shares or assets, amalgamation, combination, joint venture or any other means through which influence over the policy of another enterprise is acquired.

The FTA seeks to regulate mergers that are ‘anti-competitive mergers’ – those which restrict or distort competition in a market; and those that will result in an entity with too dominant a market position due to total combined assets post-merger.  Enterprises with combined assets exceeding fifty (50) million dollars (intending to operate locally post-merger) may not enter into a merger unless they obtain prior permission from the Commission.  Any proposed merger that restricts or distorts competition, or which would be detrimental to the consumer or the economy, will not be granted permission.  As such, parties seeking to enter into a merger or amalgamation must first seek the approval of the Commission.

Subject to certain threshold conditions, the FTA also provides that where a director serves on the board of two or more competing companies and the director is viewed as being likely to weld together the policies of those companies in a way that would reduce or eliminate competition between them (known as interlocking directorships), the companies in which he serves as director must apply to the Commission for permission to merge.

The implications of the FTA are quite far-reaching considering the above prohibited categories of anti-competitive activities.  Save for certain excluded industries (such as telecommunications and certain banks and financial services companies which are already heavily and separately regulated) and certain other exceptions, the Commission’s jurisdiction with regard to approving mergers is quite broad, potentially including mergers by way of, for example, amalgamations, joint ventures as well as by asset/share purchases.  Companies operating locally, and prospective investors should seek advice to ensure that their current practices and potential investments do not run afoul of the soon to be fully in force (and enforced) FTA.

This Article was authored by Glenn Hamel-Smith, Partner, and Linnel Pierre, Associate, at M. Hamel-Smith & Co. Glenn can be reached at glenn@trinidadlaw.com.