From Inception to Termination – Mergers & Acquisitions 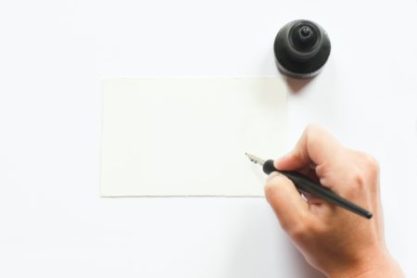 When Twitter’s board agreed to sell the company for approximately US$44 Billion to Elon Musk, many looked on in shock and there was a feeling in the air that some controversy was bound to erupt. Although Twitter and Musk came to an agreement, the deal still needed to be closed or completed. Closing or completion occurs when the transaction is final and certain conditions and warranties as stipulated in the agreement are either satisfied or waived. For instance, closing/completion is typically subject to regulatory and shareholder approvals.

The deal was expected to close this year but, in as controversial a fashion as can be expected, Musk announced in early July 2022 that he would be terminating the agreement and would no longer be purchasing Twitter. Musk alleged that Twitter had been in material breach of multiple provisions of the contract which gave him the right to terminate. One particular allegation he made is that the number of fake and spam accounts on Twitter were significantly higher than the 5% estimated by Twitter and consequently, Twitter’s public disclosures as part of the deal contained materially inaccurate representations. Twitter has hit back by suing Musk in an attempt to force him to complete the deal and purchase the company.

The Musk-Twitter saga has shone the spotlight on mergers and acquisitions and in particular, the issues which must be taken into account when determining if to acquire an entity and the circumstances in which one party may terminate the agreement before the entity is actually acquired. This article will explore these areas.

Key Considerations When Acquiring an Entity

No one size fits all. If the acquisition is to be concluded by the transfer of shares held off the Stock Exchange, then thorough consideration should be given to the structure of the transaction as failure to do so could result in increased costs in closing the deal.

In some jurisdictions, the transfer of shares from one entity to another could result in the payment of certain taxes or stamp duties. One potential approach to avoid such pitfalls is to structure the sale as an amalgamation in which the shares are cancelled and new shares are issued to the buyer. However, this faces its own challenges as the cancellation of shares will result in the reduction of the share capital potentially leading to an accounting loss in the target company’s financial statements.

Another option for a company is issuing treasury shares. Treasury shares are shares which were previously outstanding and have been purchased from shareholders of the issuing company. This results in a reduction of the number of shares on the open market.

Legal and financial advice should be obtained when determining the mechanism for acquisition of shares in a take-over.

It is possible to structure differing forms of settling the purchase price in an acquisition. One of the significant risks that a buyer faces is unknown third-party liabilities which the target may have incurred in the past or which may arise in the future. For this reason, a buyer will want to engage professionals to conduct financial and legal due diligence.

The buyer will also seek to extract warranties, covenants and indemnities from the seller and secure this by a retention from the purchase price, which amount may be held in escrow and only released after two (2) or three (3) years or more in some instances. One approach might include the issue of preference shares with defined rights, which are redeemable over a two (2) or three (3) year period.

It is therefore pivotal, before proceeding with a transaction, to determine how the acquisition will be financed. In the Musk-Twitter saga, Musk was attempting to secure debt financing for the deal, including potentially securing a loan against his shares in Tesla.

Care must be taken to ensure that any arrangements for raising finance for the purchase of shares in a company do not breach financial regulations. For instance, illicit loans by a company are prohibited in T&T. That is to say, subject to certain exceptions, a company cannot directly or indirectly give financial assistance by means of a loan, guarantee or otherwise to a shareholder, director, officer or employee of the company or to any person for the purpose of a purchase of a share issued or to be issued by the company. It is important therefore to assure that any such financing falls within the permitted exceptions to the law.

An acquisition agreement contains warranties, covenants and indemnities with which each party must comply as part of the contract.

In order for a seller to ascertain that they can properly agree to such warranties as being fair and accurate, it is vital to conduct a thorough due diligence exercise and determine the extent to which such warranties should be qualified. On the other hand, proper due diligence will assist a buyer in ensuring that they are getting value for money and in realising certain deficiencies or areas of concern about the business being purchased.

One of the allegations Musk makes against Twitter is that the number of fake and spam accounts are significantly higher than the 5% estimated by Twitter. Had an extensive and thorough legal and financial due diligence exercise been conducted, this may have been revealed prior to the deal agreement being signed. Similarly, it would have been prudent for Twitter to qualify any warranty given in respect of the number of fake accounts, if there was any doubt at all in respect of same.

A disclosure letter is commonly used by the seller to qualify the extent of any warranties and to disclose information which would be important for the buyer to know prior to signing the agreement. For instance, the buyer may require the seller to give a warranty that machinery and equipment of the target company is in good working order. The seller may want to qualify this warranty by stating in the disclosure letter that the machinery and equipment is in good working order to the best of its knowledge and that fair wear and tear is excepted.

In an acquisition agreement, the seller’s primary focus is on getting paid. In some cases, parties would agree to place money into an escrow account (usually held by attorneys for the transaction or an independent third party). In this way, if the deal goes through without any breach of the warranties and undertakings within an agreed timeframe, the seller gets paid. If it does not, the buyer would have recourse to the escrow funds against which it may pursue a claim. This provides a measure of comfort to both parties, but the payment or refund of any money would be dependent on the terms of the acquisition and/or escrow agreement.

Typically, it is a legal requirement for most mergers and acquisitions to be brought to the attention of certain regulators. For instance, the T&T Fair Trading Commission would need to be notified of a merger where the parties to the proposed merger have assets of TT$50M or more (approximately US$7.3M & EUR6.4M) and any of the parties to the proposed merger carries on business in T&T or intends to carry on business in T&T (post-merger).

Additionally, each company proposing to amalgamate must enter into an agreement setting out the terms and means of the proposed amalgamation. After the draft form of the amalgamation has been pre-approved by the Registrar, articles of amalgamation in the prescribed form must be filed in the Companies Registry along with other documentation.

Termination of an Acquisition Agreement

All of these would be subject to proof and would be dependent on the terms of the acquisition agreement and details surrounding any alleged breach.

The acquisition agreement usually sets out what damages a party would be entitled to claim in the event of a breach by the other party and also, any limitations on the amount of damages which are recoverable.

To Sum It Up

The impending litigation between Musk and Twitter opens up a battlefield that will no doubt result in significant time and costs if a settlement of some sort is not reached. The outcome of this legal showdown will turn on the terms of the agreement to a significant extent. The circumstances in which Musk is allowed to terminate would involve an understanding of the instances where Twitter might be taken to be in breach of the agreement, thereby giving Musk the right to terminate. Musk may face a steep challenge, especially considering his many attempts to fault the deal since he entered into it.

As evident from the Musk-Twitter faceoff, acquiring a company is a very complex transaction which requires advice on all fronts – legal, financial, taxation, audit and so forth. It is crucial that parties have a clear understanding as to how the transaction would be effected and the implications of any mechanisms which are adopted to give effect to the transaction. In the fast-paced world in which we live, parties are constantly shedding different arms of their business or looking for new ways to expand. It is therefore important to pause and make sure all the boxes are ticked and appropriate advice taken, in order to prevent an unfolding of the transaction or a rushed agreement which the parties come to regret after it is signed.

This Article was authored by Timothy Hamel-Smith, Partner  Emeritus, and Jeanelle Pran, Associate at M. Hamel-Smith & Co. They can be reached at timothy@trinidadlaw.com and jeanelle@trinidadlaw.com, respectively.