Pranks in the Workplace 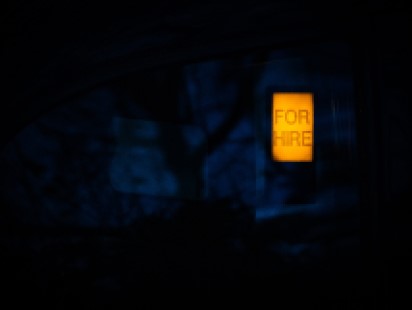 28 Mar Pranks in the Workplace

April Fool’s Day is almost upon us. While a bit of levity in the workplace can help to improve employee camaraderie and morale, workplace pranks can sometimes go too far, resulting in serious consequences for both employers and employees.

Here are a few cases in which workplace pranks and jokes have crossed the line.

Employers have a duty, both under the Occupational Safety and Health Act and the common law, to take reasonable steps to provide their employees with a safe place of work. This includes a duty to protect employees from co-workers who might pose a danger to them.

In the UK case of Hudson v Ridge Manufacturing Co. Ltd., one employee tripped another as part of a practical joke, accidentally injuring them. The first employee was a known and habitual prankster and was described as being addicted to horseplay in the workplace. While he was occasionally reprimanded, the employer did little else to prevent his pranks. The Court found that the employer was liable for the second employee’s injury. It was aware of the risk posed by the first employee and ought to have taken reasonable steps to eliminate it.

In the local case of Estate Police Association v Trinidad and Tobago National Petroleum Marketing Company Limited, the Industrial Court upheld an employer’s decision to terminate a security guard after he hit and injured one of his co-workers with a baton. The terminated employee tried to argue that the incident was part of the normal horseplay that ‘men fooling around’ on the worksite customarily engaged in. The Court rejected his argument. While some level of horseplay on the worksite was expected and tolerated, the terminated employee’s conduct had exceeded what was acceptable.

An employer’s duty can also extend to situations in which the risk of harm might be mental and not physical. In Waters v Commissioner of Police of the Metropolis, an employee alleged that her co-workers had engaged in a campaign of bullying and harassment against her. The Court held that there was a breach of duty where an employer knew that acts done by its employees during the course of their employment might cause harm to a particular employee but did nothing to prevent such acts, despite having the power to do so.

Some employees might deliberately engage in harassing conduct under the guise of a joke. Others might engage in actions that they consider harmless but are perceived differently by others.

In the local case of Bank Employees Union v Republic Bank Limited an employee challenged his termination for sexual harassment. He claimed that his actions – nicknaming his co-worker ‘Blondie’, complimenting her on the success of her efforts at the gym, touching her on her bottom and kissing her on her neck – were done in ‘jest’ and did not amount to sexual harassment. The Court acknowledged that some element of ‘picong’ was common in the workplace. However, it characterised the employee’s actions as ‘disturbing and unsettling’.

This case was decided in the mid-1990s. One would hope that no employee in 2021 would confuse the conduct of the employee in that case for a joke. However, while it is an extreme example, it does highlight that actions that might be perceived as harmless by some, could be taken as sexual harassment by others. It is also important to bear in mind that the level of physical ‘horseplay’ or ‘locker room talk’ that might historically have been tolerated in a traditionally male environment, might not acceptable in a more diverse, inclusive and modern workplace.

Some jokes or pranks may (intentionally or unintentionally) have discriminatory undertones.

In the UK case of Otomewo v Carphone Warehouse Ltd two employees changed their manager’s Facebook status to ‘gay and proud’. He was not actually gay and did not believe that his colleagues actually thought he was.  He was able to successfully claim for sexual orientation discrimination. The Employment Tribunal found that the update to his Facebook page was an unwarranted and unnecessary intrusion into his private life on a public space.

In Trinidad and Tobago, our Equal Opportunity Act prohibits discrimination in employment on the grounds of sex, race, ethnicity, origin, religion, marital status and disability. Age and sexual orientation are not currently protected statuses under the Act. However, some employers may have internal policies that are more expansive.