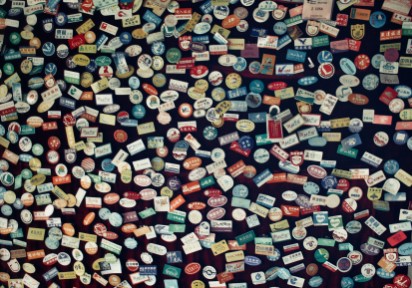 Posted at 12:51h in Intellectual Property by Catherine Ramnarine

While the excitement of World Cup Qatar 2022 grips us all, recent events demonstrate some of the cultural, political and societal nuances that impact brand commercialization at one of the world’s most lucrative sporting events.

Much has been debated about FIFA’s decision to choose Qatar to host the games in the first place as it was not seen as an obvious choice for various reasons.  A lot has gone into making this a reality for both the sports body and the host country. Qatar has made significant investment in the construction of stadiums, hotels and  other infrastructure while  FIFA has rescheduled its usual timetable for the games to accommodate Qatar’s extreme temperatures and changed the start date so the host country could play at the opening game.

For key sponsors of the World Cup, some of whom have been associated with the FIFA brand since the 1970s, the ability to fully exploit the commercial potential of their brands through sponsorship of events such as these is very lucrative. This is not only beneficial financially but also to sustain customer loyalty and build brand awareness in new and emerging markets, by dovetailing FIFA’s plans to allow more countries to play on that international stage.

But there is no guaranteed seat at the table and there is little doubt that the number of brand owners willing to invest billions in order to be associated with the World Cup appears to be growing. Qatar 2022 has seen a shift or change in the nature of brand sponsorship both in terms of industries and countries for example China and Qatar. As FIFA seeks to expand its global footprint by extending the number of countries who can play in the World Cup, it is unsurprising that there would also be an equivalent change in the make-up and nature of its brand sponsorship. Of course there may be other factors too which influence these changes and it in no way negates the continued investment by long term sponsors such as adidas, Coca-Cola and Visa to name a few. FIFA’s premier football event continues to be a worthwhile investment.

Being an official sponsor of the World Cup is not only about proactively protecting the hard-earned goodwill in a brand but it is also about monitoring competition and being acutely aware of factors which may arise which are out of the control of the brand owner even with an ‘iron-clad’ licence agreement.

As a starting point , brand owners have to continually protect against brand dilution and loss of established goodwill earned through their association with the World Cup. In recently decided opposition proceedings  before the Peruvian Trade mark Office, adidas was successful in fending off an attempt by a Peruvian individual who applied  trade mark registration of the mark TELSTAR in respect of footballs. Adidas’ Telstar football was chosen by FIFA as the official football for World Cup Germany 1974 and Russia 2018. Notwithstanding that adidas did not have a registered trademark in that county, the Intellectual Property authorities recognised the well-known reputation of adidas’ Telstar football.

Brand sponsors also face competition from other well recognised brands who are not official sponsors of the World Cup but who are seeking ways to leverage their own brand reputation by indirect association with the World Cup.

The recently decided case between Puma SE ( ‘Puma’) and FIFA before the Swiss courts is one such example. Puma sought to register trade marks ‘Puma World Cup Qatar 2022’ and ‘Puma World Cup 2022’, to which FIFA filed proceedings asking that Puma’s applications be declared invalid and denied registration. In response Puma filed a counterclaim against  FIFA asking that its trade mark applications for the 2022 World Cup , namely ‘QATAR 2022’ and ‘WORLD CUP 2022’ also be denied.

In the end the Swiss Federal Supreme Court ruled that all four trade marks be removed from the trade mark register, though for slightly different reasons. Puma’s argument that its registration should be granted based on its indirect support of teams or players taking part in the competition did not find favour. The Swiss courts held that to allow the Puma trade marks to be registered would be misleading to the public and cause confusion for the average Swiss football fan as it could suggest an official connection or special relationship between FIFA and Puma. FIFA’s trade mark was refused for being devoid of having any distinctive character and were not seen as sufficiently distinctive to be registered.

This case is another example of the challenges facing not only sponsors who need to protect against moves by other non-sponsors to capitalize on any connection they have with the sport to their own advantage, but also for the regulating body to proactively take steps to safeguard against any activity that could potentially affect its very lucrative sponsorship deals.

Against this backdrop some of the issues which have arisen surrounding World Cup Qatar 2022, show the balancing act which brand owners face between the profitability further commercialization of their brands while at the same time treating with controversial issues that could lead to reputational risk is clearly an ongoing challenge. The criticisms levelled against Qatar for human rights violations and questionable employment practices have been well documented. Brands such as the Danish national football sponsor, Hummel decided to lessen or reduce its logo in protest.

It is fair to say that World Cup Qatar 2022 has brought with it some serious issues for brand owners in terms of the number of controversies surrounding these Qatar games. Not least of all was FIFA’s last minute decision right before the start of the games that the sale of alcohol would be banned at all stadiums ( though permitted at fan zones). This came as a surprise to major sponsor, Budweiser and has serious consequences for the exclusive rights deal it has to sell beer at the games.

Time will tell whether there will be any legal action brought by Budweiser’s owner – Anheuser-Busch InBev against FIFA for this decision which would have been at the request of the Qatari government.  As a Muslim country where alcohol is not allowed for citizens,  the optics may have been difficult for the government though the timing of the announcement raised eye-brows.

The stakes continue to be high where brands choose to leverage their reputation and goodwill on stages such as the World Cup. It has become more than just about using international events such as these to build brand reputation and goodwill.  As FIFA works on expanding the game into new countries not just as entrants  but as host nations, the minefield of how brands operate in the space may seem akin to Lionel Messi’s winning goal against Poland for a 2-0 victory this week. Additionally, as ESG governance and ethics are becoming crucial contributing factors to investment  in major companies, brands need to tread very carefully in this quagmire that is brand sponsorship today.