So you’ve received a pre-action protocol letter: How to manage the litigation process 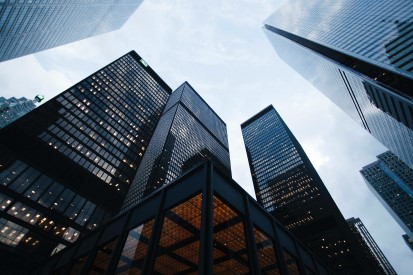 14 Mar So you’ve received a pre-action protocol letter: How to manage the litigation process

When a dispute arises between parties, nothing signals the breakdown of the relationship more than the threat of litigation (except perhaps litigation itself). The litigation process is no doubt daunting and is often times an uphill battle. It is time consuming, costly and can sever longstanding relationships. Despite the inherent challenges that come with the territory, there are a number of steps which you can take to ease the burdens posed by litigation or the threat thereof.

This article explores the initial stages of the litigation process, what to expect and some steps you may consider to manage the process.

The Threat of Litigation

While the temptation may be to ignore the Pre-Action Protocol Letter or Demand Letter, there are important practical and strategic reasons why you should not.

As such, when served with a Pre-Action Protocol Letter or a Demand Letter, you should take the following steps:

In the event that the claims made in the Pre-Action Protocol Letter are not resolved or if you fail to respond to same, the party making those claims may commence litigation proceedings against you.

Generally, when a Claim Form and Statement of Case are served on you, you are required to take the following steps:

Providing an agreement is reached, you will need to file a ‘Notice: Extension of Time for Filing Defence’ which informs the Court that the deadline for filing the Defence has been extended by agreement of the parties. It is also recommended that you exhibit evidence of the agreement with the other party for the Court’s review.

Notably, it is possible for a Defendant to apply to the Court for a further extension (beyond the period agreed by the parties). This would be done by filing a ‘Notice of Application for Extension of Time For Filing Defence’ which should be supported by an Affidavit setting out the reasons why a further extension is needed. For instance, if you are still reviewing documents in order to respond to the allegations in the Claim Form and Statement of Case, this may be grounds for a further extension.

It is important to note that if you do not defend the claim, the Claimant can apply to have default judgment entered against you. This means that the Claimant could be awarded judgment in its favour without having to go to trial and without the Court having heard any evidence from you. It is therefore crucial that you file the Defence by the deadline in order to avoid a judgment being made against you.

Note that if you retain an attorney, he/she would usually assist in preparing and filing the above documents and will communicate with the other party on your behalf.

One important issue which is often overlooked, is whether the matter can be settled without the need for litigation (for instance through negotiation or other forms of alternative dispute resolutions). There is real value in achieving a settlement. For instance, it preserves the relationship between parties (especially where there is a longstanding relationship) and it saves time, legal costs and attorneys’ fees.

In determining whether to settle, careful consideration should be given to the following points:

While there is no set formula on defending claims, the above can help you cope with the initial stages of litigation or the threat thereof.