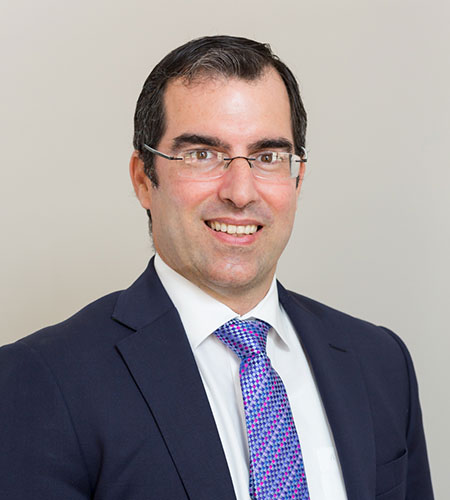 Jonathan Walker’s core practice is in the area of litigation. He is trained in mediation and negotiation, and has experience in Constitutional and Administrative law. He has practised as an Advocate before the High Court, as well as before various tribunals such as the Controller of the Intellectual Property Office and various Commissions of Enquiry.

Practising as an Advocate before High Court, Court of Appeal, and Industrial Court.

Assisting in the mentoring, training and development of Associates.

Jonathan Walker is featured with a No. 1 Ranking among the corporate/commercial lawyers in Trinidad & Tobago. A sample of the commentaries reported by Chambers Global include:

Jonathan Walker is well versed in High Court litigation and appellate proceedings, with experience covering areas such as contractual disputes, insurance claims and constitutional law proceedings. Sources declare him to be “an outstanding litigator” who is “very technically competent and has a great command of the court.” Further commentators add that he “approaches matters with a very strategic focus and an eye on achieving the best outcome for his client.” – 2021

Jonathan receives multiple plaudits for his work in disputes. Commentators praise him as “an outstanding, incredibly organised lawyer, and a structured and insightful thinker.” Other sources applaud him for being “extremely knowledgeable and able to think of workable solutions that cover different angles.” – 2020

“is a well-respected dispute resolution practitioner who undertakes cases ranging from insurance and intellectual property to constitutional law.” – 2019

“very knowledgeable in his field,” noting that “he always provides a   good perspective on local and international matters.” – 2018

“draws praise for ‘his general strategic acumen in dealing with matters and his ability to understand and dissect agreements’.” – 2017

“Well-respected head of litigation Jonathan Walker works extensively on commercial finance and issues relating to the energy industry. He is described as “a standout lawyer” in this jurisdiction.” -2015