BITCOIN AND OTHER CRYPTOCURRENCIES 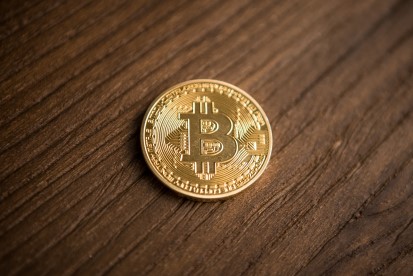 09 Dec BITCOIN AND OTHER CRYPTOCURRENCIES

Bitcoin is back in the news following price surges and the US Congress introducing two new cryptocurrency bills. While the terms “Bitcoin” and “cryptocurrency” have become household words, many of us are still intimidated by them. This Article aims to enlighten the less technologically inclined on the legal/regulatory status (as we see it) of Bitcoin and similar cryptocurrencies.

Simply put, Bitcoin is a virtual currency that is supported by a digital ledger (the blockchain). The blockchain facilitates transactions by keeping track of every transaction made within the system. The information required for future payments, and the security of the currency itself, is generated and maintained by using the record of past transactions.

Bitcoin is often confused with fiat currency, which is currency issued by a government and declared to be a legal form of tender without any backing to a physical commodity. For example, the Trinidad and Tobago dollar, which is fiat currency, is issued by the Central Bank as dictated by fiscal policy. The Government controls its supply. Bitcoin in comparison is not issued by a central authority and there is no Bitcoin central bank which can issue additional Bitcoins.

Besides “mining”, Bitcoin can be acquired through barter, by purchasing it directly from an exchange or by accepting it as payment from a Bitcoin user. Those who acquire Bitcoin are then free to treat it like any other asset that can be sold or bartered for goods and services. The benefit of using Bitcoin, as opposed to any other physical asset (e.g. gold), is that it is digital. Transactions can therefore be processed instantaneously and without the transactional costs associated with other types of payment.

To better understand the legal/regulatory status of Bitcoin (and other similar cryptocurrencies) it helps to think of it as an asset rather than as a currency. An asset’s value is largely reflective of its relative abundance. Bitcoin’s design limits the total number of units that can ever be in circulation at twenty-one million. This limited supply helps to create the “value” that we attribute to Bitcoin.

In January 2019, the Central Bank, Securities and Exchange Commission and the Finance Intelligence Unit (“the Authorities”) issued the following joint statement:

“Virtual currency is a digital representation of value that can be digitally traded and functions as a medium of exchange within a specified online community, but does not have legal tender status in Trinidad and Tobago and in most other jurisdictions… Providers of virtual currencies are neither regulated nor supervised by the Authorities at present… Virtual currencies tend to be volatile and their value can fluctuate significantly.”

If we consider that Bitcoin is an asset rather than a form of fiat currency, many of the restrictions and regulations which are currently applicable to fiat currencies fall away. This is not to say that Bitcoin is completely unregulated, just that it is not regulated as a form of currency, at least, not at present. Bitcoin exchanges are also not treated as financial institutions.

As alluded to by the Authorities, one of the primary challenges facing Bitcoin is its susceptibility to price fluctuations and manipulation. For example: as recently as 2nd April 2019 the price of Bitcoin shot up by seventeen percent (17%) in thirty minutes. One theory is that the cryptocurrency market will always fluctuate and be subject to manipulation unless it is tightly regulated. A possible solution is for central banks to issue their own regulated cryptocurrencies. In theory, this will provide the efficiencies of digitization while maintaining the benefits of regulation (i.e. managed supply and some protection against price manipulation). One can assume that these digitized fiat currencies would not be considered assets, and unlike the present state of Bitcoin transactions, would be regulated accordingly. On the downside, increased regulation could result in an increase in the transactional costs associated with cryptocurrencies.

While many may be skeptical of Bitcoin and other cryptocurrencies, or even dismiss them as a fad, we should remember that the internet itself was once received with similar skepticism. That is not to say that Bitcoin will enjoy similar successes, just that we should be wary of dismissing it without careful consideration.